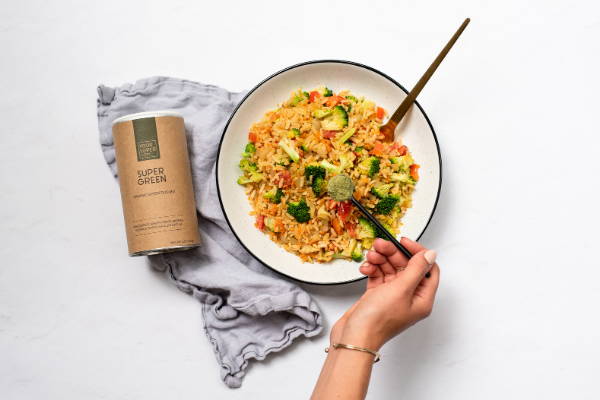 Saying goodbye to meat, dairy (yes, even cheese), eggs, and honey may seem impossible – especially if you grew up consuming meat and dairy during every meal. Because of this, we often associate a plant-based diet with bland, boring food, or “eating only grass.” But a diet derived from plants is filled with endless possibilities, thanks to a menu filled with vegetables, grains, nuts, legumes, and fruits.

There are endless perks of switching to a plant-based diet – for starters, it’s one of the healthiest things you can do for your body. Not to mention the positive impact on the planet! But it isn’t always easy to make the switch. When I first started my plant-based journey, I basically lived off of pasta, potatoes, and avocados. My problem? I didn’t know where to start, and I certainly didn’t know how to cook nutritious food.

If you’re anything like I was, in need of a little nudge (and some guidance) you’ve come to the right place. Here are the top 3 reasons you should adopt a plant-based diet, and 10 helpful tips for getting started.

3 BENEFITS OF SWITCHING TO A PLANT-BASED DIET

"...eating more plants and less animal products can improve your health, and help prevent (and even reverse!) some diseases – such as type 2 diabetes, cardiovascular disease, prostate cancer, and colon cancer."

A PLANT-BASED DIET IS HEALTHIER FOR YOU

It’s no secret that a head of cauliflower is healthier than a slice of bacon – but when you choose whole foods over meat and animal products, you’re getting a lot more than nutrients.

Several studies have reported that plant-based diets provide more antioxidants, potassium, magnesium, folate, and other essential vitamins and minerals. Not to mention the categories of nutrients found only in plants, phytochemicals and fiber – which contribute to multiple health promoting, and disease-fighting benefits. In other words, plants contain all of the nutrients your body needs to thrive. Yes, even protein.

There’s an overwhelming amount of research that shows eating more plants and less animal products can improve your health, and help prevent (and even reverse!) some diseases – such as type 2 diabetes, cardiovascular disease, prostate cancer, and colon cancer. In fact, Dr. Dean Ornish’s ground-breaking study saw an 82% reduction in coronary atherosclerosis (the hardening and narrowing of the arteries) after only one year on a plant-based diet. And according to the book, “The Alzheimer’s Solution,” a plant-based diet reduces the risk of Alzheimer’s disease by 90%. The connection between diet and disease is undeniable, but "food as medicine" is not a new idea – it’s just been lost over time.

A PLANT-BASED DIET IS BETTER FOR THE ENVIRONMENT

Adopting a plant-based diet is probably the single best way to reduce your carbon footprint. And this new healthy habit doesn’t just make a little impact – it reduces your footprint by 73%! That’s more than buying an electric car or cutting down on air travel. By eliminating meat and dairy you’ll reduce greenhouse gases, global acidification, eutrophication, land use, and water use.

Did you know? Farming livestock contributes around 6 billion tons of greenhouse gases (carbon dioxide, methane and nitrous oxide) to the atmosphere each year? And livestock is the world’s largest user of land resources. In fact, it takes about eight times as much land to grow food for animals than to grow food for humans. This drastic deforestation results in habitat loss, amplification of greenhouse gases, disruption of water cycles, increased soil erosion, and excessive flooding.

On top of that, it requires a LOT of water to produce very little meat. Just one pound of beef requires nearly 1800 gallons of water, while one pound of potatoes requires 34 gallons of water. According to a study published in the journal of Ecosystems by the Department of Water Engineering and Management, “the rising global meat consumption and the intensification of animal production systems will put further pressure on the global freshwater resources in the coming decades.” And “it is more water-efficient to obtain calories, protein and fat through crop products than animal products.”

A global switch to a plant-based diet could reduce greenhouse gas emissions by two-thirds by the year 2050, according to a study published in the journal Proceedings of National Academy of Sciences. Saving the planet AND improving your health? Seems like a no-brainer to me.

It’s probably no surprise that eating meat harms animals. But did you know that every year over 56 billion farmed animals are killed for food? These shocking figures don’t include fish and other sea creatures whose deaths are so great they’re only measured in tons.

In the vast majority of cases, farm animals live in deplorable conditions with no room to walk. Not to mention they’re often riddled with diseases and genetically modified to meet the manufacturer’s size requirements.

One of the easiest ways to end animal cruelty, is to stop consuming animal products. (Worried about not getting enough protein? Click here to learn how much protein your body actually needs, and which plants you can get it from.)

Need another reason to go plant-based? The oceans need your help.

According to the Food and Agriculture Organization (FAO) of the United Nations, 80 percent of the world’s fish stocks are considered fully exploited. And researchers are predicting that all fisheries will have completely collapsed by the year 2048 due to “loss of biodiversity caused by overfishing and the many other human threats facing ocean wildlife and ecosystems, such as pollution, climate change and ocean acidification, and the loss of vital habitats.”

But if saving the ocean isn't your thing, just remember – the ocean covers more than 70 percent of our planet, so if it diminishes, human life can too.

10 TIPS FOR STARTING A PLANT-BASED DIET

When you commit to a plant-based diet, you’re not only improving your health and preventing future diseases, but you’re reducing your carbon footprint, helping to save our oceans, and building a world with less animal cruelty. Are you ready to start your plant-based journey? Here are a few tips to help you get started.

Support your health with The Detox Bundle! This bundle includes 3 powerful, superfood mixes designed to 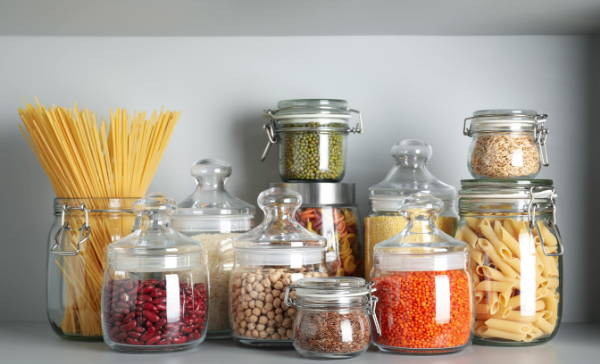 HOW TO STOCK A PLANT BASED PANTRY 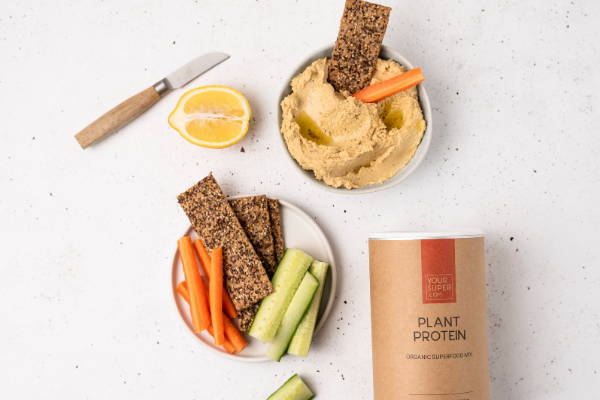 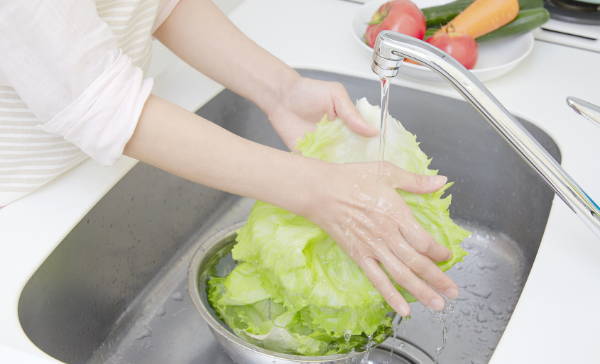 HOW TO WASH FRUITS AND VEGGIES