YOUR GUIDE TO PLANT-BASED MILKS

Looking to make the change to plant-based milk? We’re breaking down 8 dairy-free milk alternatives! (Plus, a recipe for you to make your own!)

When’s the last time you had a glass of milk with dinner?

For decades, drinking 2-3 glasses of whole milk per day was encouraged to build and maintain strong bones. I can still remember those “Got Milk?” ads featuring celebrities with milk mustaches!

Today, Americans are consuming a lot less cow’s milk than they used to. According to the USDA, dairy milk consumption has declined by nearly 40% over the past 40 years while non-dairy milk sales are on the rise.

So why are more and more people choosing plants over cows? And what makes plant-based milk a better option than dairy milk?

THE PROBLEM WITH DAIRY MILK

For several years, the dairy industry has touted the benefits of cow’s milk by stating it’s the best source of calcium.

Calcium is an essential mineral our body needs for healthy bones, muscles and heart. When we aren’t getting enough calcium in our diet, our body begins to take it from our bones, which can cause osteoporosis.

However, new studies show that drinking milk may not promote bone health at all. In a Harvard study of male health professionals and female nurses, individuals who drank one glass of milk or less per week, were at no greater risk of breaking bones than those who drank 2 or 3 glasses of milk per week.

Additionally, a 2014 study examining osteoporosis in older adults showed that higher milk consumption in their teenage years was not associated with a lower risk of hip fracture. Even worse, drinking dairy milk may actually increase the risk of bone fractures in women.

Another 2014 study found that women who drank two or more glasses of cow’s milk a day had a higher fracture risk than their counterparts who drank less than one glass a day.

So if milk isn’t a safe source of calcium, what is? Seeds, beans and almonds all contain high amounts of calcium but without the health risks that come with dairy.

A study published by the American Journal of Clinical Nutrition concluded that men who drink two or more glasses of milk per day were twice as likely to develop advanced prostate cancer than those who didn’t drink milk.

It’s still unclear how dairy can cause cancer. But scientists believe it may be linked to the casein protein, the hormones and antibiotics found in dairy products or the insulin-like growth factor. 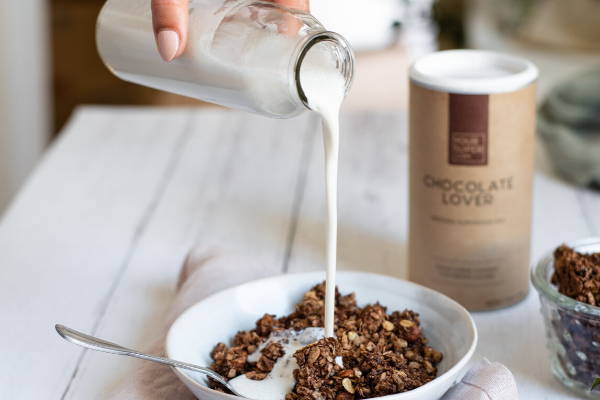 There’s a lot of controversy on whether or not you can call them “milk,” considering the definition of the word milk is: “An opaque white fluid rich in fat and protein, secreted by female mammals for the nourishment of their young.” But one thing’s for sure: these non-dairy milk alternatives are here to stay!

So what makes plant-based milks healthier than dairy? For one thing, they don’t contain hormones or antibiotics. Hormones are one of the reasons why dairy is linked to acne and certain types of cancers (like prostate cancer, mentioned above).

Dairy consumption is also associated with heart disease. One study conducted by the Harvard Chan School found that participants reduced their risk of heart disease by nearly 30% when they replaced full-fat dairy products with carbohydrates from whole grains.

And unlike dairy milk, plant-based milks are lactose free. Why does that matter? Because “65 percent of the human population has a reduced ability to digest lactose after infancy.” If you’ve ever experienced bloating, upset stomach or even diarrhea after eating dairy, you may want to consider switching to a dairy-free milk that’s easier on your gut!

Plant-based milks are also healthier for the planet! A study by the University of Oxford shows that a glass of dairy milk produces three times the greenhouse gas emissions than any non-dairy milks.

8 PLANT-BASED MILK ALTERNATIVES FOR YOU TO TRY 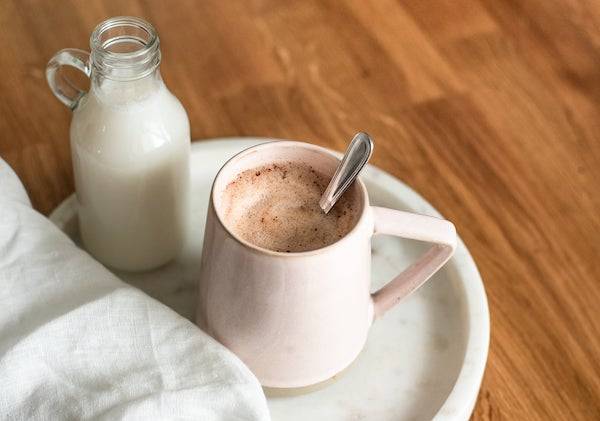 When it comes to choosing your plant-based milk you have plenty of options. Since their rise in popularity, plant-based milks now come in many forms, and have different flavor profiles as well as nutritional value.

But don’t worry – we’ve done the hard work for you! We’re breaking down the most popular plant-based milk alternatives to help you decide which one may be best for you.

Bonus: Most plant-based milks are shelf-stable, which make them easy to stock up on!

Almond milk is made from soaking blanched almonds in water.

How to use: Because of its light consistency, almond milk goes great in smoothies!

Rice milk is made from milled rice and water.

How to use: Because of its light consistency, rice milk is best enjoyed with cereal or by the glassful.

Oat milk is the new darling of plant-based milks. It’s made by soaking, blending then straining oats through a cheesecloth.

How to use: Thanks to its creamy consistency, oat milk is perfect for making homemade lattes!

Quinoa milk is made by soaking, blending then straining quinoa through a cheesecloth.

How to use: Add quinoa milk to smoothies, homemade lattes and oatmeal!

Soy milk is the original plant-based milk. It’s made from soybeans and filtered water.

How to use: Soy milk is great for drinking plain, adding to smoothies, cooking and baking.

Coconut Milk is made from filtered water and coconut cream. In the refrigerated aisle, it’s often referred to as “coconut beverage” as it’s more diluted than canned coconut milk, often used for cooking curries.

How to use: Coconut milk goes great in smoothies and curries.

Hemp milk is made from soaking whole hemp seeds in water, then straining the liquid from a cheesecloth. (Although the hemp plant is used to produce marijuana, hemp milk doesn’t cause mind-altering effects and contains only small trace amounts of THC.)

How to use: Hemp Milk has a natural buttery, nutty flavor so it goes best in cooking and baking.

Similar to almond milk, cashew milk is made from soaking and straining raw cashews.

How to use: Because of its creamy texture, cashew milk goes great in just about everything. Try it in your soup or oatmeal!

HOW TO MAKE YOUR OWN CASHEW MILK

Making your own plant-based milk is easier than you think and only requires a few ingredients.

You can keep your cashew milk in a glass jar or container in the fridge for up to three to four days. If it separates, simply shake before use.

HOW TO TRANSITION TO PLANT-BASED MILK

Ready to make the switch to plant-based milk? I recommend trying a few to learn which ones you prefer. Oftentimes the one you like in soups and curries isn’t the same one you’d want in cereal, so it doesn’t hurt to shop around!

Luckily, there are so many plant-based options that you’re guaranteed to find one that suits your palate and your nutritional needs.

TELL US IN THE COMMENTS 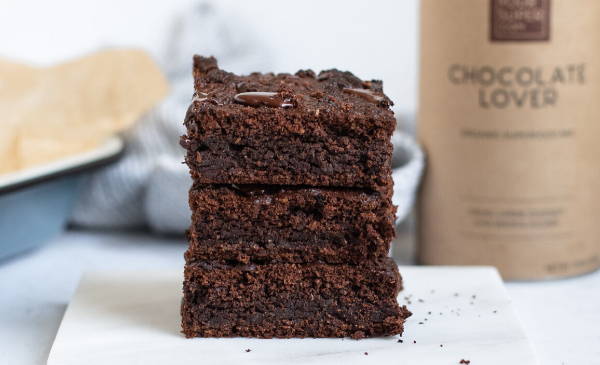 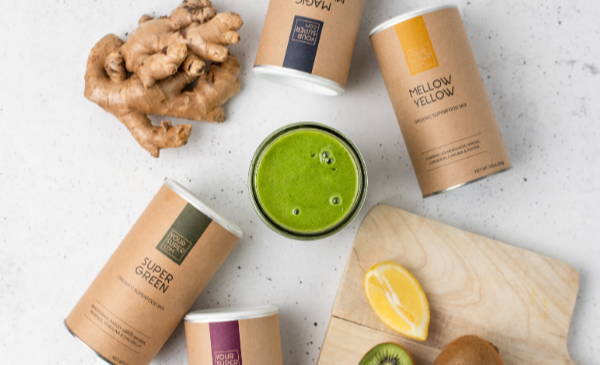 HOW TO BOOST YOUR IMMUNE SYSTEM